I used to categorize technology into two different types.

I’m guilty of being fairly judgemental towards the latter.

I would take pride in working in a team adopting the latest and coolest tech stacks.

I would pity anyone having to work in a team with old tech-stacks, grinding their hours away on a tool that doesn’t offer any transferrable career-credit outside of their company.

In my head, I would call these people “dinosaurs”. Dinosaur people working at dinosaur companies. 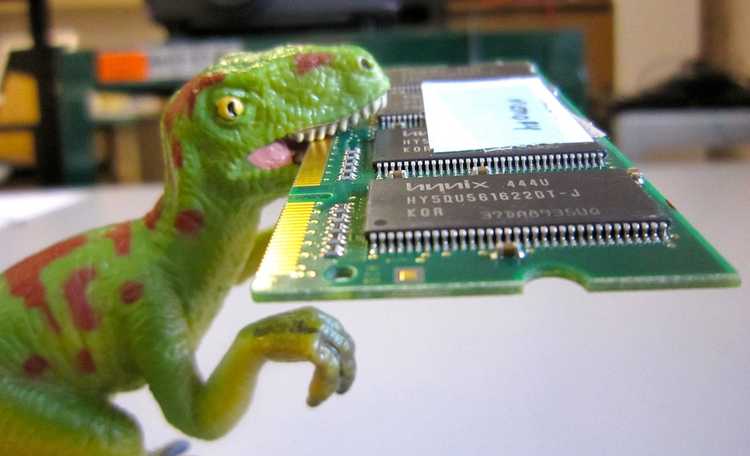 I thought I was always the fresh young talent, staying up-to-date and not getting rusty.

But over the previous weekend, I was embarrased to realize that I am becoming a dinosaur.

Not in tech, but in something else.

I love networking. Or at least I used to.

Prior to COVID, I would enthusiastically be looking through events on Eventbrite, Facebook, and Meetup.

I would attend anything that offered networking sessions or free food, or both.

I don’t think I’m a very social guy, but I love to force myself to grow out of my bubble.

Forcing myself to go networking is one of those ways.

And then there was COVID. It just came along and made all events go online. 😒

You can imagine the disappointment on my face after said-events.

Nothing against the organizers, but everything is just… different.

You can’t just “walk up” and chat with random people. Some people never turn on their cameras / mics. There’s no such thing as “eye-contact”. And as long as you are in a group chat, only one person should be talking at a time, which limits the “spontaneity” that comes with in-person events.

I quickly lost my interest in online events. I wasn’t motivated anymore.

I thought that it wasn’t worth it. It just doesn’t work out online.

I uninstalled Eventbrite and Meetup from my phone.

One day, I was mindlessly scrolling through my Facebook feed, losing my IQ by the minute as you do on Facebook. I suddenly came upon a post by Hack The North. They were looking for mentors for their upcoming event.

I didn’t think much about it and signed up. 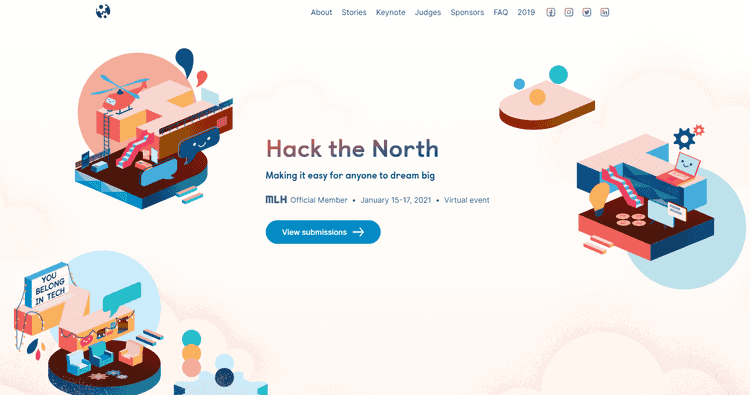 In my head, I simply envisioned the mentorship happening over a Slack channel where hackers would be posting their questions. I didn’t expect anything fancy.

Turns out, this event made me realize how outdated I had become.

Discord was used as the main communication platform for the entire hackathon.

if you never used Discord, just imagine a messaging platform, where each messaging room has a single-click-to-join live chat functionality. Voice, video, and sharing the screen are all supported

The organizers had set up a website for the mentors, so that they could track all the hacker’s questions on a easy-to-use dashboard.

It was linked to Discord, meaning whenever I claimed a request, a Discord bot would notify the hacker that I’m available to help them.

To be honest, I had no idea how to help with 95% of these. I wasn’t sure if I deserved my mentor title. I was as clueless as these hackers.

Thankfully, I ended up sending most of the hackers back with their problems resolved. To be fair, there were a handful of times when none of us knew why something ended up working, but hey, it’s a hackathon 🤷

What I didn’t expect

What I didn’t expect was the socialization aspect.

Maybe I was lucky, but I somehow ended up in the same voice channel as some other mentors when none of us were busy. What began as a simple “Hey” turned into a fun 30-minute group conversation. We would even group-up and help other hackers as a group. Every hacker we sent away satisfied was a “high-five” moment for all of us. 🙌

When it wasn’t my shift, I was exploring around. There were various events happening which I thought was pretty cool. And there was always a Discord channel dedicated to an on-going event.

Then there were these chill-rooms where people would randomly join and chat. And boy let me tell you, after being stuck at home all-day everyday, these rooms were a bless 🙏

Hearing fun group conversations between strangers felt surreal for some reason. People were spontaneously joining & leaving as they wished. Every once in a while, all the new people that joined would “go in a circle” and introduce themselves.

Still just an online event, but…

Sure, it was still online, and everything I complained about still applies. In fact, I never saw anyone’s face during the entire event because all of us only did voice chat.

I had the fun I felt when attending in-person events. I had every reason to attend this event as I did for in-person events. Although it was very different, I went to sleep looking forward to logging back in the next morning.

The experience made me realize that online events can be fun. In fact, they might have always been, and maybe it was just me finding the wrong ones.

Almost makes me wish these hackathons stayed permanently online, because I wouldn’t have been able to join them if it was held in-person in Waterloo. But that would be a curse, so I won’t wish that.

Are online events the problem, or is it just me?

A fair bit has to do with how the event is organized. HackTheNorth was on the high-end of the spectrum of excellent execution. The integration between their website, Discord, Hopin, Youtube, and Sling were well-done. The live-streaming presentations were better than expected.

If an event is poorly organized, it’s just going to suck.

But I was also the problem.

I had been putting out excuses to not seek new experiences online.

“It’s not going to be worth it”

“Why should I? It’s gonna be lame lol”

“I rather just Netflix or play some games”

It made me realize that socializing has changed a lot. Online events don’t need to be the traditional giant video conference held in one single virtual room.

Online events can become one heck of a joy by using different tools to offer an integrated social experienece.

This may already the norm for some people, but it was all new for me.

And thus, I realized that I am outdated. I had become a dinosaur without knowing it.

After a very fun weekend, I signed up to be a mentor at McHack and UofTHacks, while also already scheduled to be mentoring at QueenHacks this coming weekend.

Not that I hold the same expectations on these hackathons. HackTheNorth might just be unprecedented in what they do.

But the point is, I don’t have the same excuses anymore.

That’s all. Hope yall try out some online events and have fun!