Now that I have passed my on-site interviews, Amazon wanted to move me into one of their teams as soon as possible.

I just needed to tell them two things

The problem: I didn’t have an answer for either one.

Before my on-sites, I didn’t really think about this too much. But now that I passed them, I had so many questions to ask. What’s it like in San Francisco? Seattle? New York? Log Angeles?

Hello, this is part 5 of my Interview At Amazon series! If you would like to start from the beginning, here is part 1.

Back to the drawing board

Since I was originally interviewing for Amazon Music, the first question I had to answer was “Are you interested in joining Amazon Music?”.

My answer was yes. It would be an interesting experience.

So, that narrows my choices down to a couple of cities. Mainly San Francisco and Los Angeles.

I later decided that I was not interested in Los Angeles, so that left only San Francisco.

But there was only one position available in SF, for which a number of candidates were already being considered for.

Before long, it didn’t seem too likely that I would be joining Amazon Music. Thus, my recruiter advised me to visit the Amazon jobs website and pick out a couple that I am interested in.

I didn’t have to look too far until I found a HANDFUL of interesting jobs. Some were in San Francisco. Some in New York. And even though I didn’t find Los Angeles too appealing, there were very interesting jobs there too.

I forwarded the entire list to my HR, who later told me that he has sent my profile to his contacts for those teams.

Pro-tip: on the Amazon jobs page, search by your title (Software Development Engineer 1) and that will help you narrow down your search.

I didn’t hear any news back from the recruiter for over a week. I found that pretty odd, given how speedy the rest of the recruting process has been thus far.

I wondered if my profile wasn’t good enough.

Later, my recruiter let me know of some bad news over the phone.

Due to COVID, Amazon US has changed its approach to hiring non-US citizens, given that the border between Canada and US has closed down. The hiring managers in the US were not very keen on the idea of hiring somebody, only to have them work remotely in another country until everything goes back to normal. Who knows when that will be?

Oh well. You can’t really blame them. I was pretty disappointed but I understood.

In the meanwhile, the recruiter forwarded my profile to Amazon Toronto, for which I got an interview right away.

The interview with the hiring manager in Toronto went superb.

The team was super cool. Super new. New product, new focus, new team, new everything. They didn’t even choose their tech stack yet. Everything was supposed to begin within a month or two, which is the time when I would be joining.

I got along with the manager. Over the chat, he definitely earned my respect and I found him to be someone I would love to work and learn under.

One of the things he mentioned was that if in any case I did not end up liking his team, I could and should switch to a different team. He believes that is the only win-win situation. Employees will only work hard when they enjoy working, so he didn’t like the idea of keeping disinterested people in his team. He was pretty upfront about all this, and said he has already helped many people successfully transition to other preferable teams. This made me feel a lot less apprehensive about making a bad decision.

Pro-tip: make sure you ask questions to scope out the work-like balance. Managers at Amazon are given a lot of autonomy, so much so that they can make or break your experience. Try to measure the vibe, and see if you would like working under him / her. This is your golden chnance to select your golden team!

Another week passed without hearing anything back from Amazon US. I had two choices at this point:

I chose to proceed with Amazon Toronto.

Pro-tip: look up the salaries posted on levels.fyi to get a gist of what the salaries are out there. Use this as a baseline for your negotiation.

When I got my initial offer from Amazon, I compared it with those on levels.fyi. My offer was on the high-end. Pretty decent.

But I knew I could do better. I mean, I could keep on looking for another job in the states. Why do I have to settle for something in Canada?

So I asked the HR for a stronger compensation that would help me confidently accept the offer, given that I have a strong preference for working in the US.

The HR let me know that the offer is already stretched out, and that there won’t be a huge change, but he will try anyway.

He reached out back to me the next day, with an updated offer. The increase in compensation was more than I expected. Now my compensation was definitely stretched out towards the high end of levels.fyi. Not the absolute highest, but one of the highest for my position.

But I didn’t jump the gun on it. I wanted to give myself the time to properly think it through.

And lo and behold, there was a new challenger approaching… 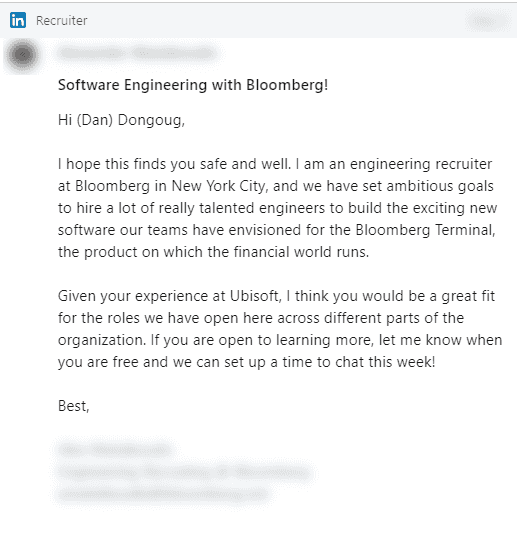 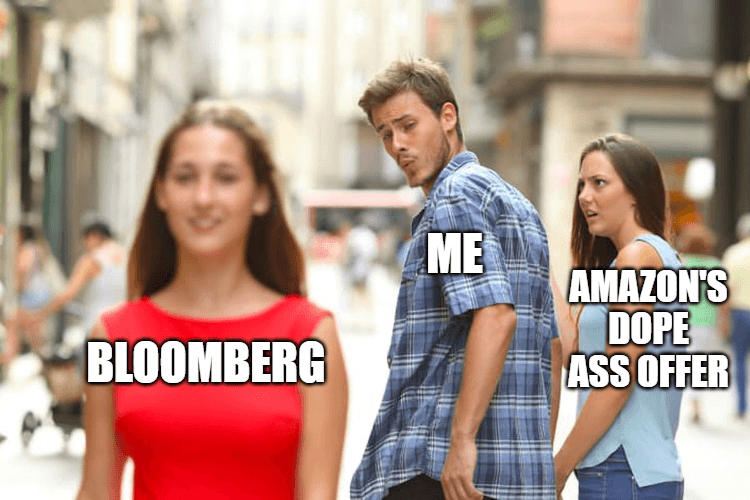 And another interview begins…

Thank you for having read my Amazon interview series! I hope it was a good read for you.

Thanks to Amazon for providing me the chance to interview. I had a lot of fun, and the prompt email responses & scheduling flexibility was greatly appreciated.